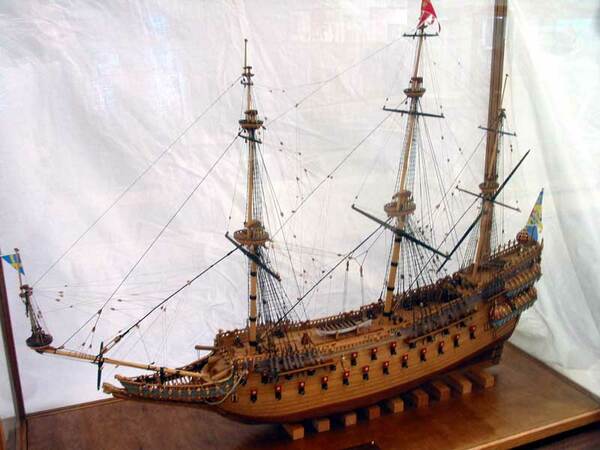 ·        The King of Sweden had order a third gun deck added after construction was almost completed so he could “out do” the English ship, Royal Sovereign. The only place to add another deck was on top of the first two, so the ship became very top heavy.

·        On her maiden voyage (across the harbor to get supplies), a puff of wind laid her on her side, water spilled in through the open gun ports, and she sank.

·        A museum was built around her in Stockholm harbor. She is undergoing continual restoration and preservation. 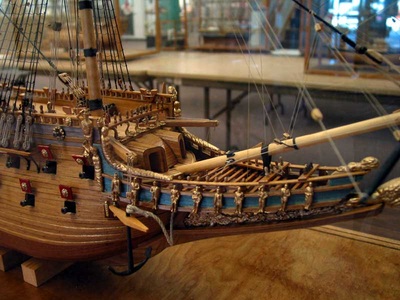 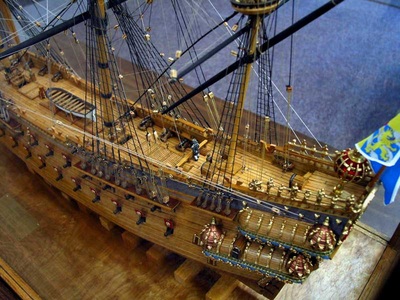 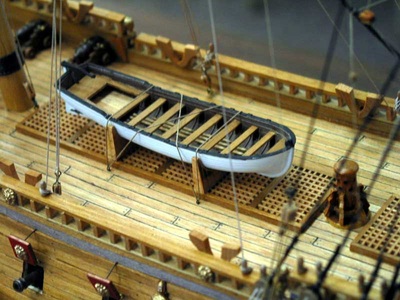 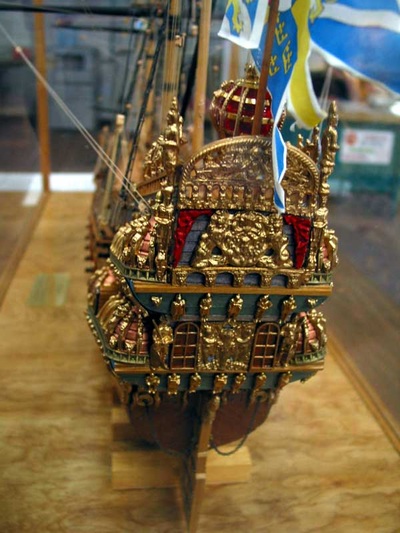 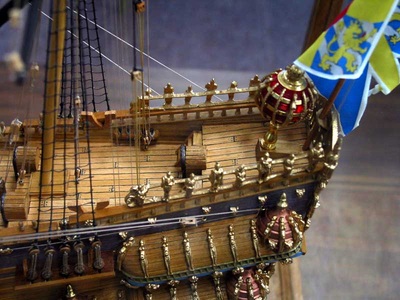 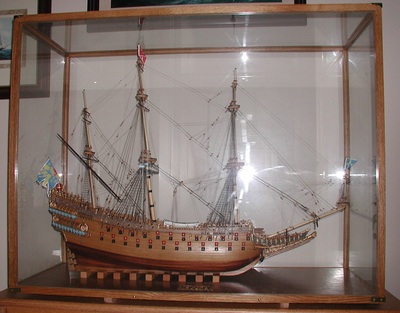