This model is an "Admiralty" model with some of the decking removed, and with no masts or rigging to allow the admirals to see her construction, armament, and layout prior to the start of actual construction.

The Essex was quite active in the Mediterranean Sea during the Barbary Wars along side the heavy Frigate USS Constitution, there from 1801 till 1804 to fight the pirates from Tripoli.  At the beginning of the War of 1812, she was the only light Frigate in on active duty.  She was very active taking many British  merchant ships and one Royal Navy Sloop of war, the 10-gun HMS Alert. She played havoc with the British whaling fleets in the pacific till her capture at Valparaiso, Chili, by two British Frigates in March 1814. 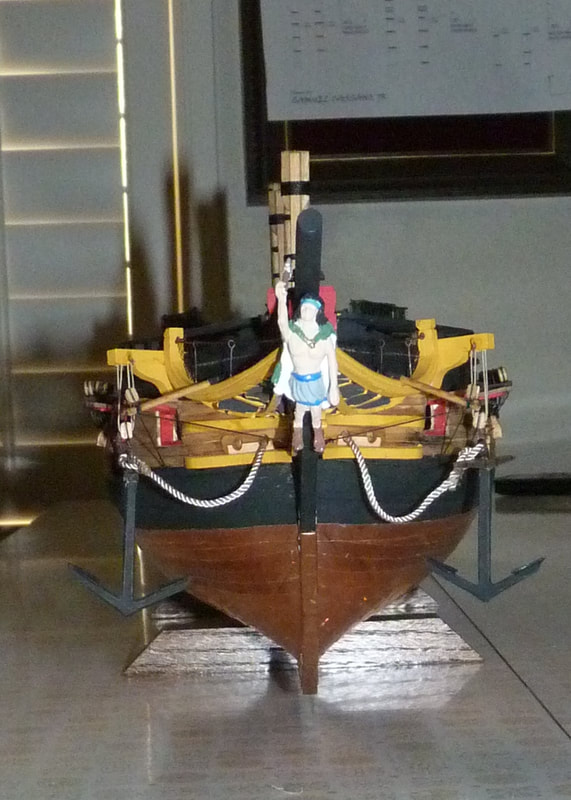 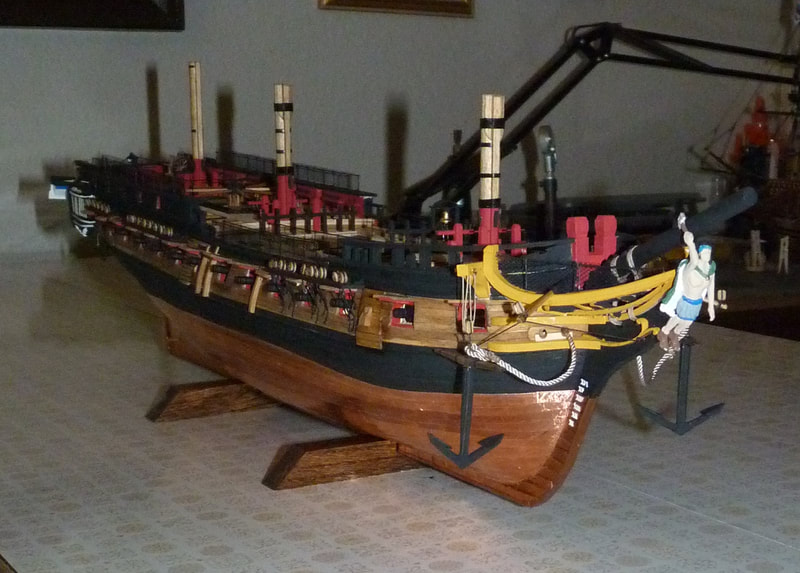 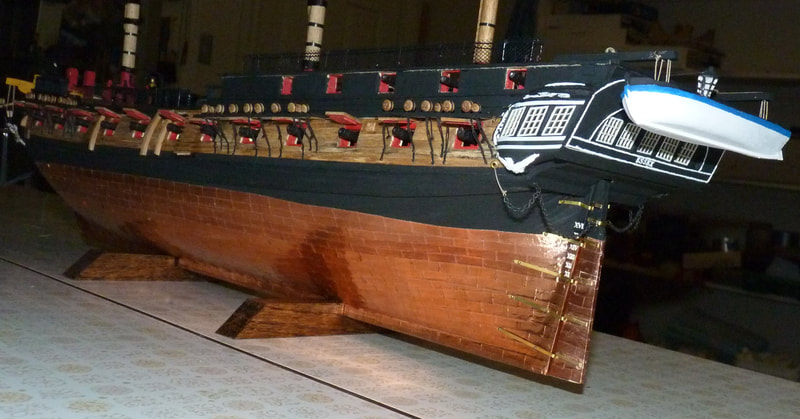 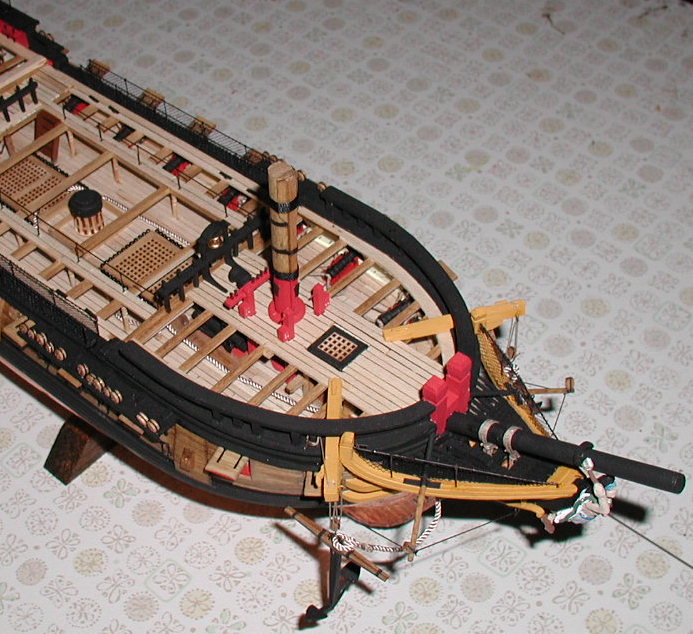 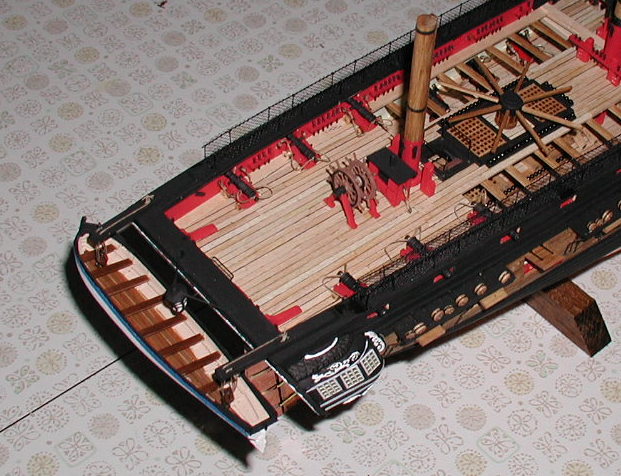 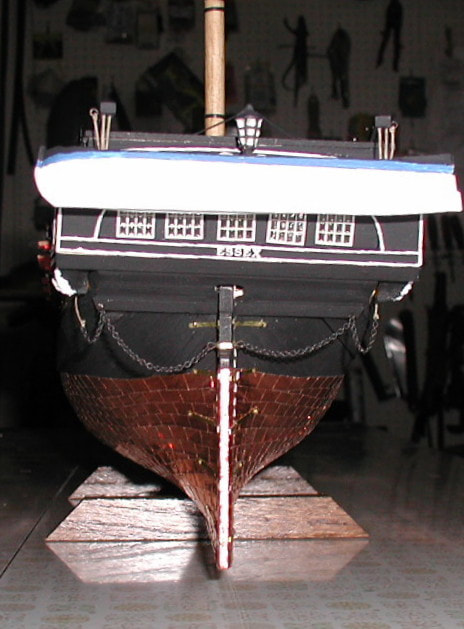 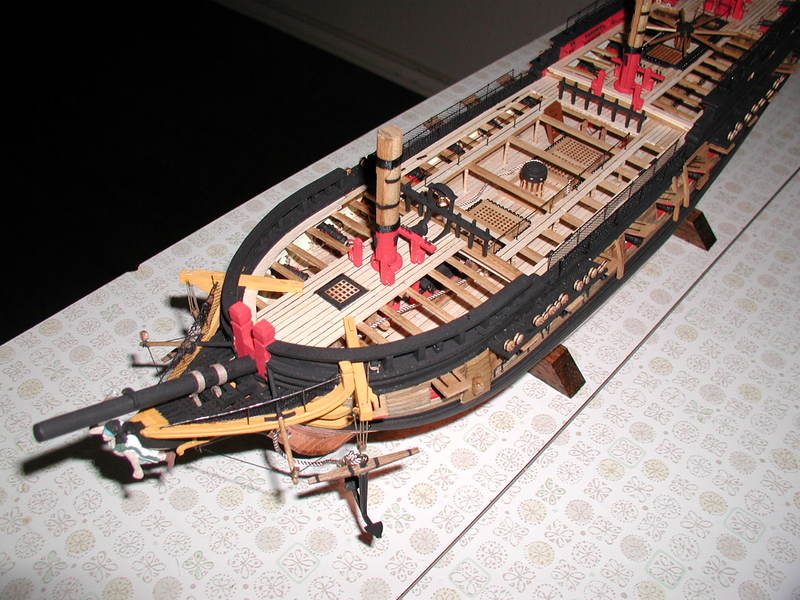 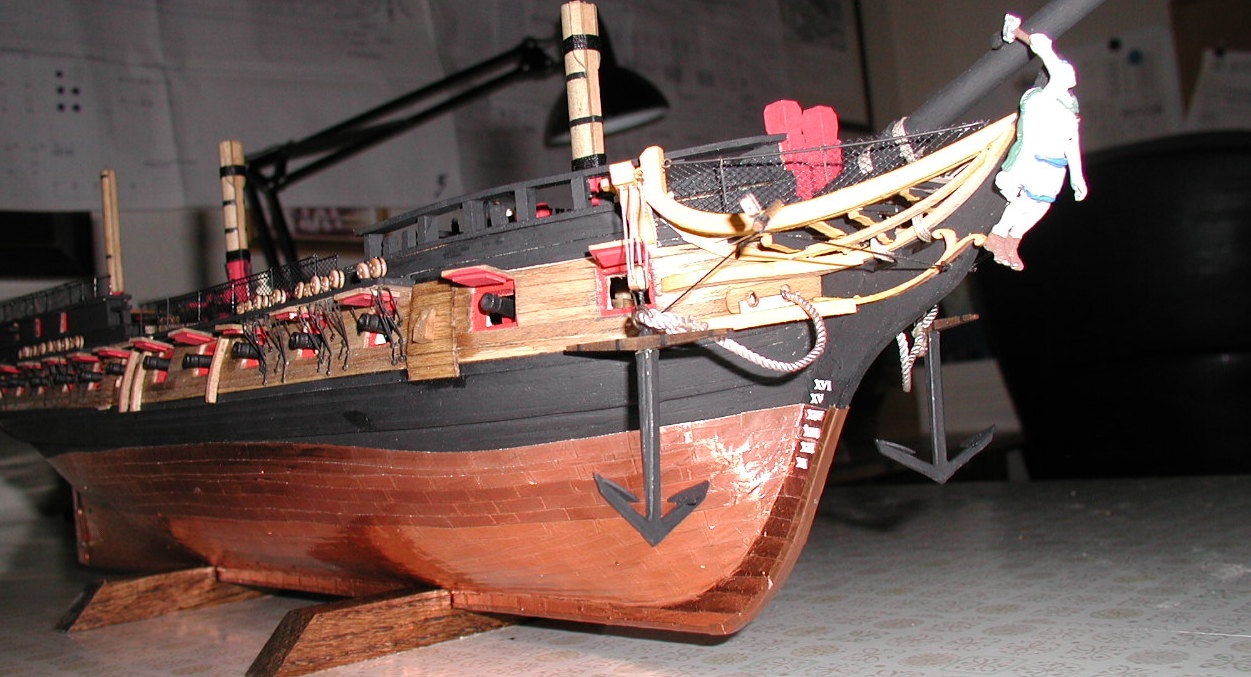 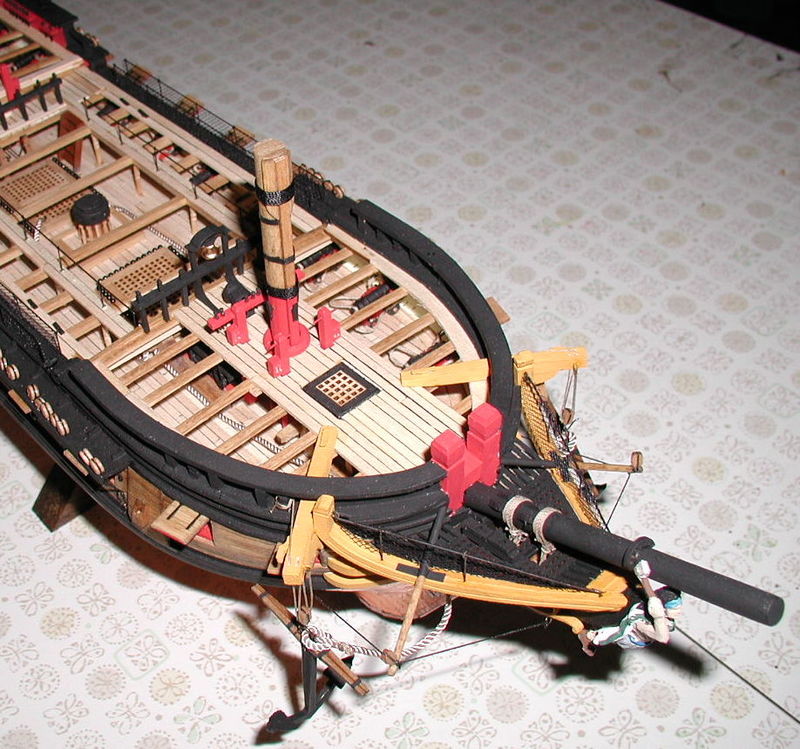 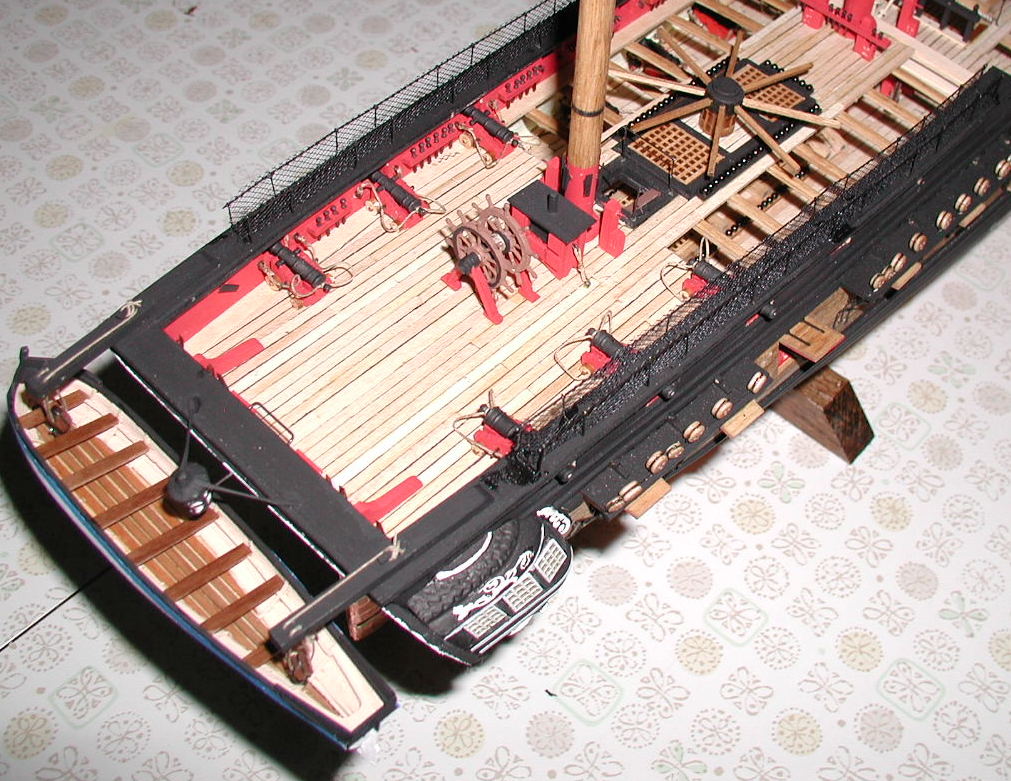 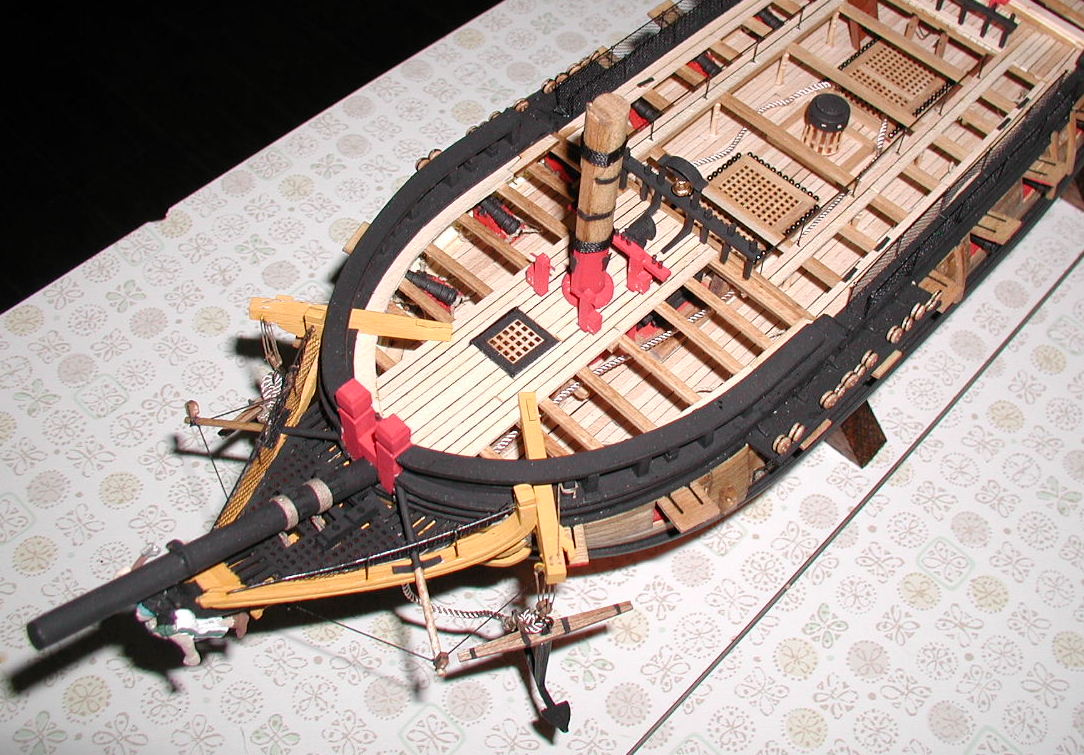 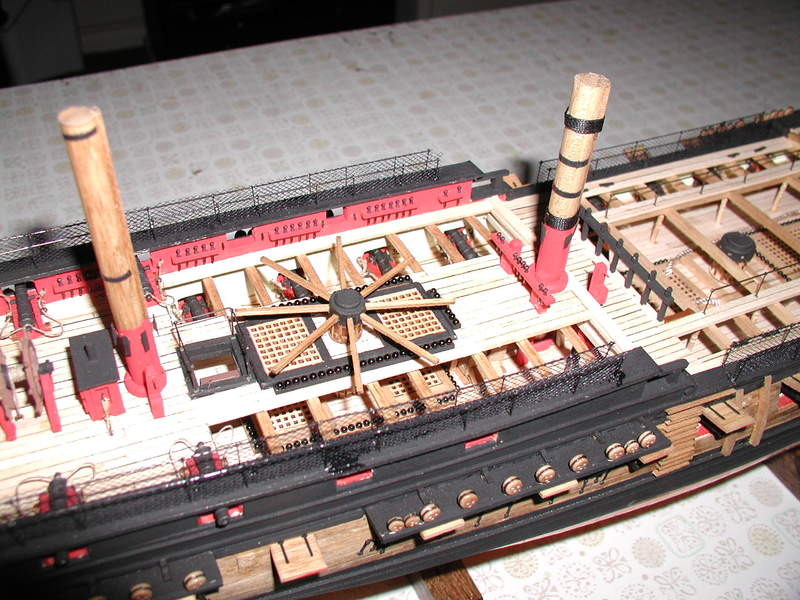 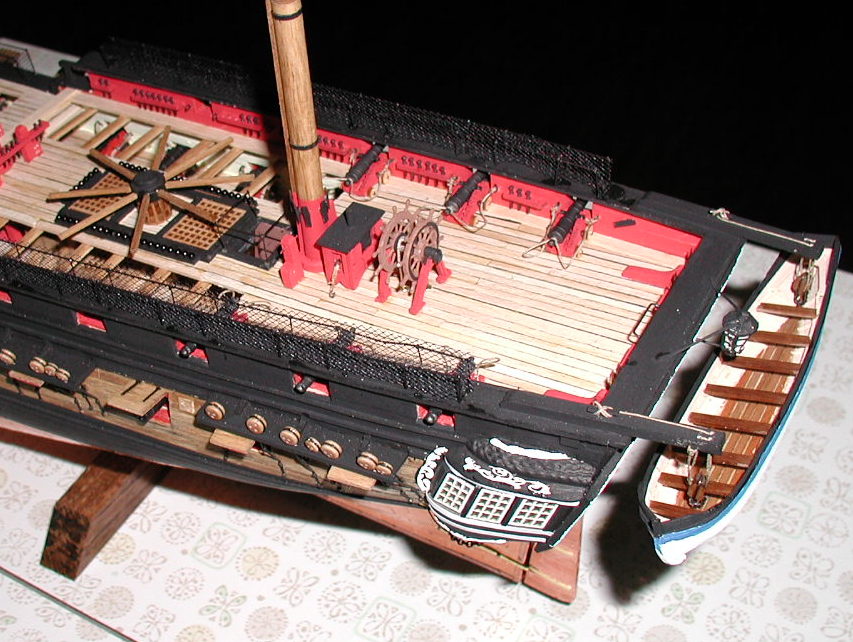 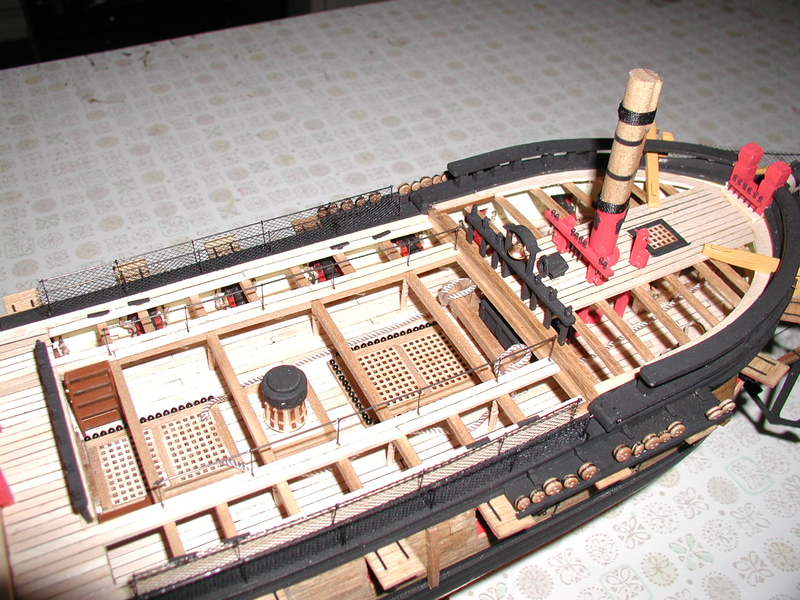