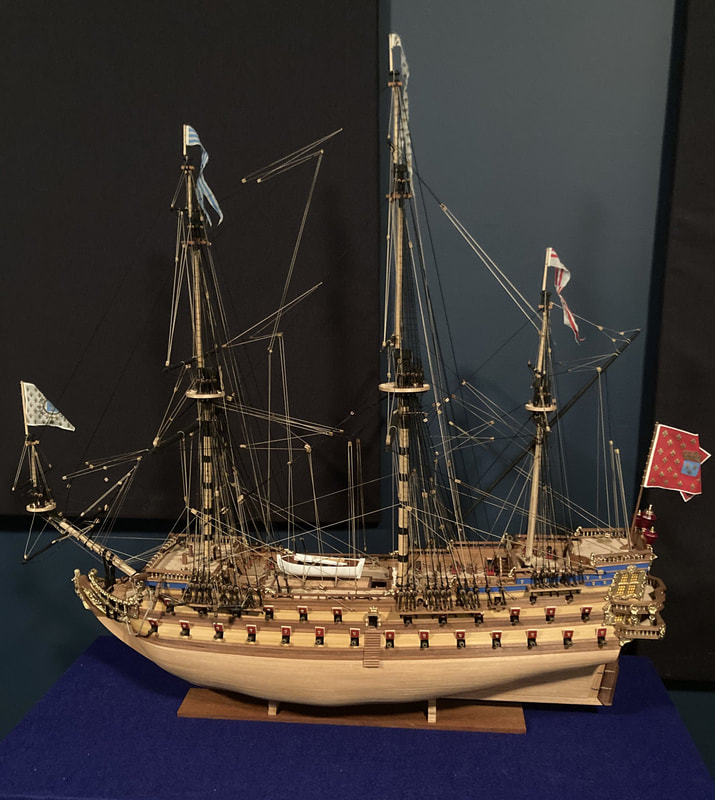 This French  Ship of the Line was built by Laurent Hubac at the yards in Brest, France.

She fought in the Battle of Beachy Head on 10 July, 1690, which was a great victory for the French Royal Navy over the English and Dutch.

She fought in the Battle of Barfleur on May 29, 1692, and after the battle retreated to Cherbourg with two other larger but  badly damaged ships.

NOTE: This model is now in the collection of the City by the Sea Museum, Palacios, TX 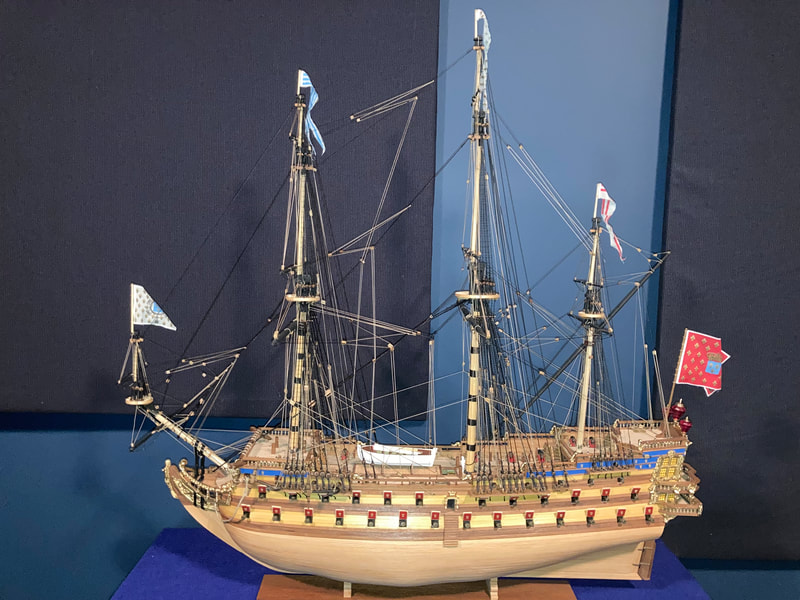 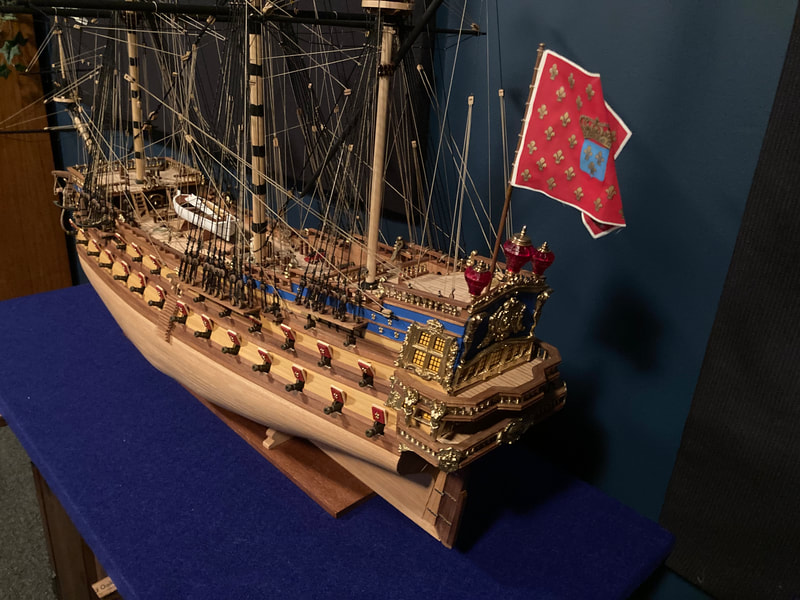 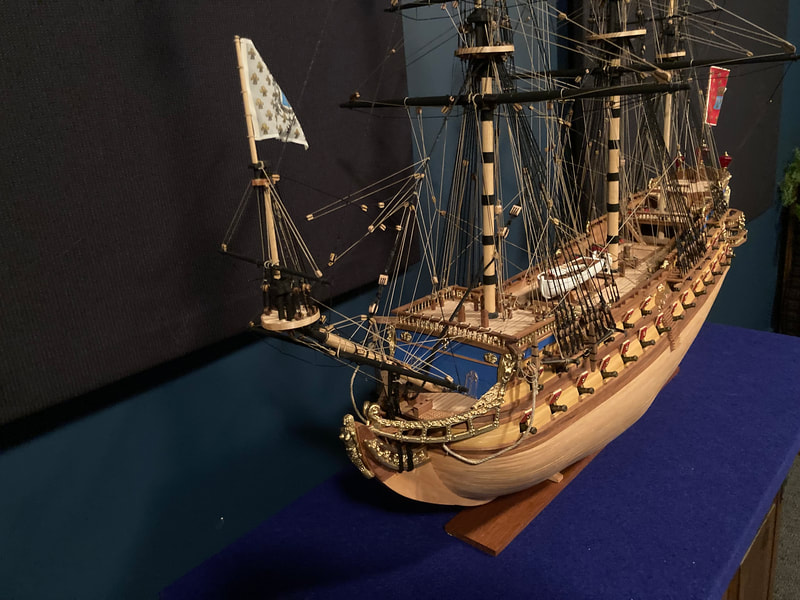 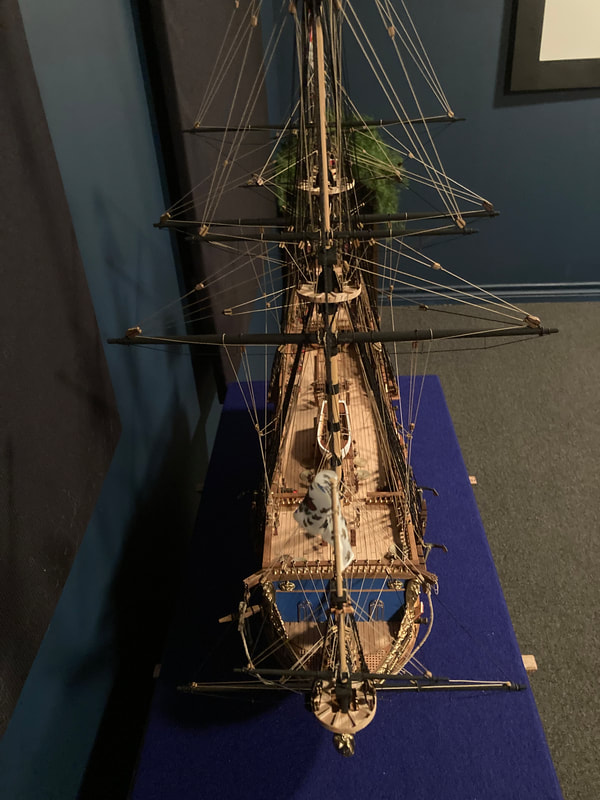 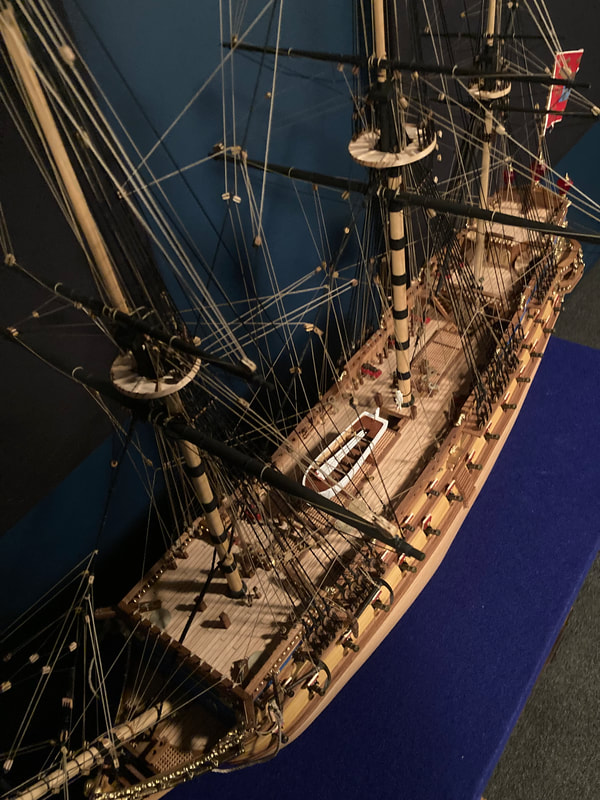 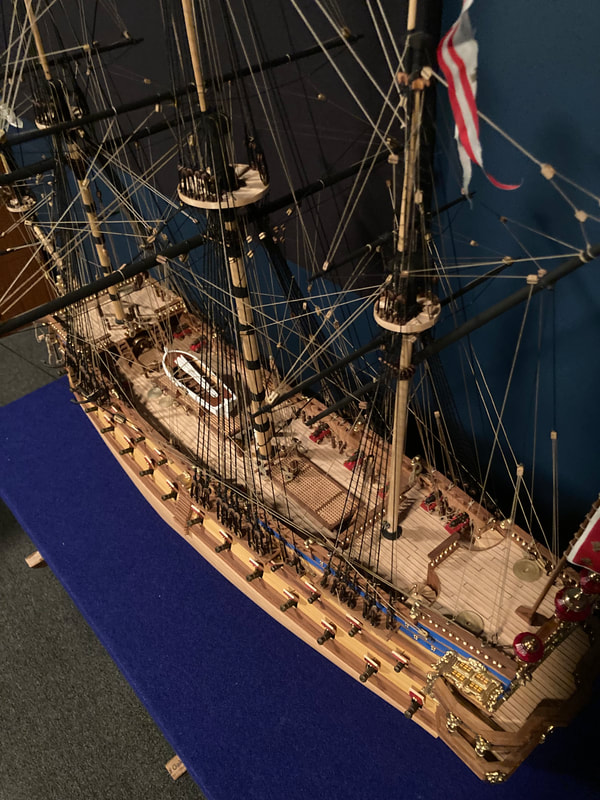 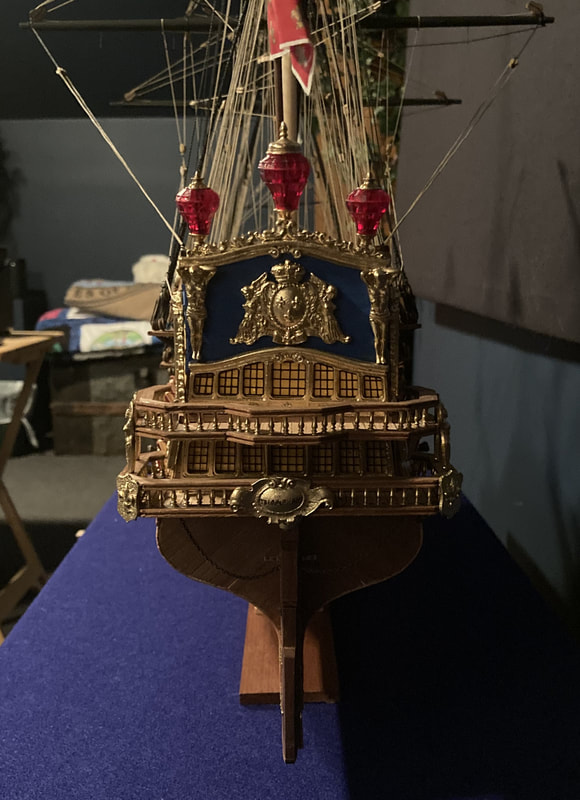 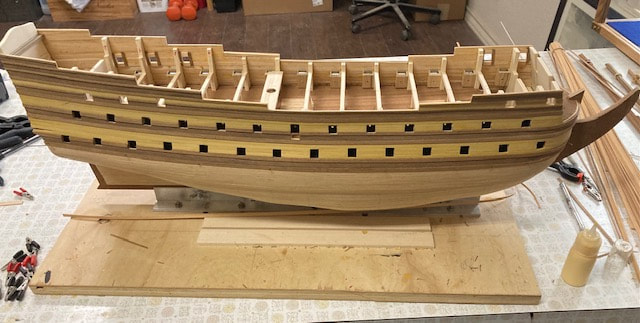