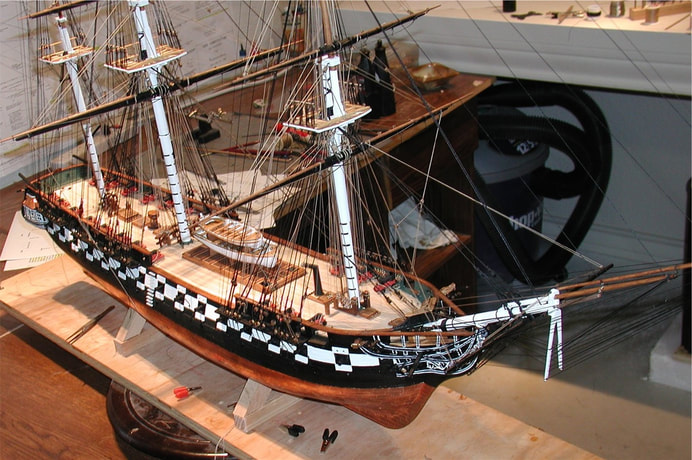 ·        Never had an enemy set foot on her deck, except to come aboard to surrender.

·        Instrumental in establishing the United States as a world sea power (even though we were not one) by defeating the British frigates Java and Gurriere in two separate engagements in the war of 1812.

·        This model has a piece of wood from the original ship incorporated into it. The "catheads" which are used to retrieve the anchors, are made of wood from the real ship USS Constitution. The wood has not been painted. ﻿﻿(See the last photo) ﻿﻿ 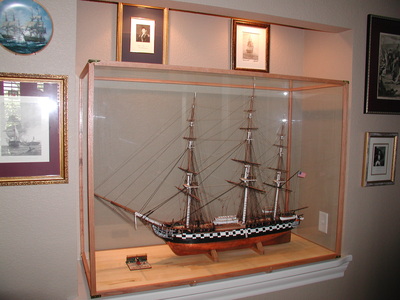 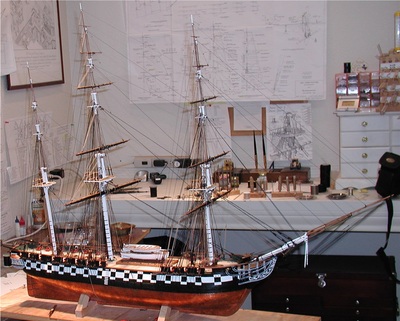 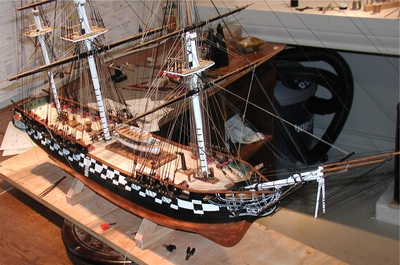 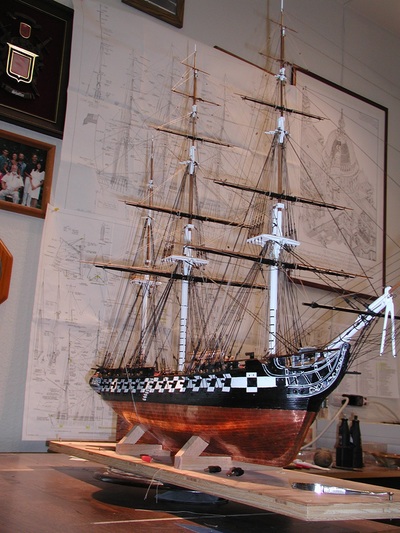 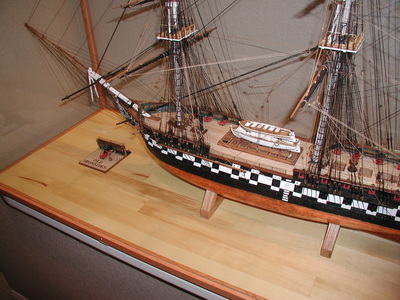 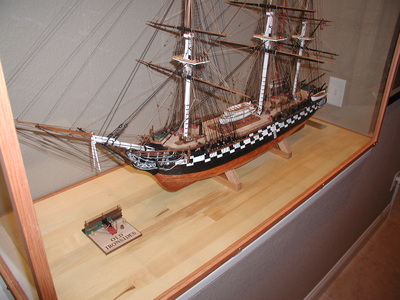 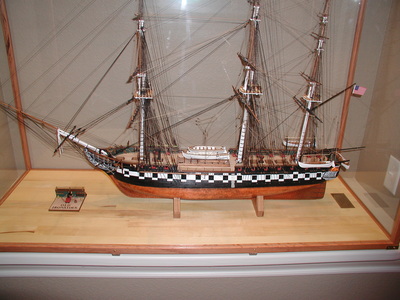 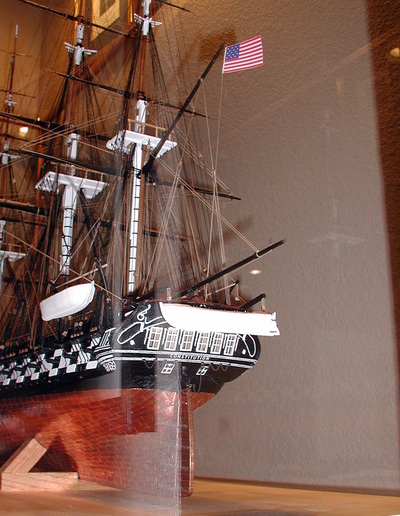 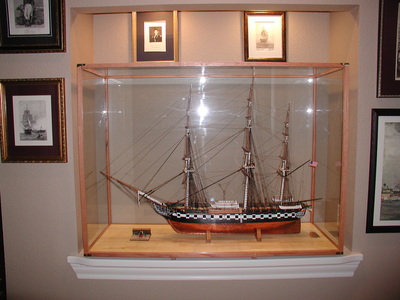 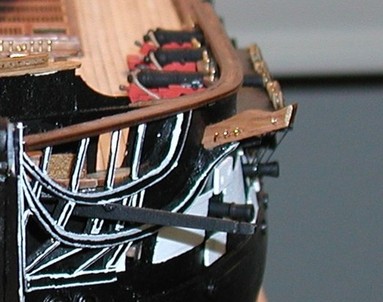 Cathead made from wood from the USS Constitution