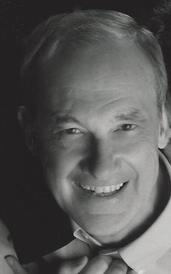 HUGH A. “Andy” SHAFFER served over thirteen (13) years on active duty as an officer in the United States Army, where he was in combat in Vietnam with the 10th Armored Cavalry Regiment and was awarded 3 Bronze Star Medals and the Air Medal. He taught engineering and computer sciences at the US Army Engineer School. He also taught engineering at the United States Military Academy at West Point, and assisted in the development and testing of the M-1 Main Battle Tank. In 1981 he left the Army with the rank of Major, and joined El Paso Natural Gas Company for a new career in the oil and gas business. In 1998, as the Vice President of Operations and Engineering for El Paso Field Services Company, he retired from El Paso and joined Compressor Systems, Inc. in Midland, TX as a Senior Vice President. He finally retired from business in 2003 to pursue his hobbies and many other varied interests.

When he has time, he builds wooden ships to relax.